People know this place as a living structure that’s so big that even the astronauts can easily spot it from space. Try combining the sizes of 70 million standard football fields, that’s how big the Great Barrier Reef is. With the same area of Japan or Italy, the Great Barrier Reef stands proudly with its unique marine life and diverse natural allocation.

Importance of the Great Barrier Reef includes maintaining the proper ecological balance throughout the world. It isn’t one of the seven wonders for its length. Its significance towards maintaining the ecosystem of our planet intact is undeniable.

This place was included in the list of World Heritage Sites in the year 1981. 7% of this world heritage site is live coral and the rest includes the most unique marine life on our planet. During the month of November, corals start to reproduce according to the temperature and lunar phases.

The reef we see today wasn’t like this for always. Through millions of years, the overall marine life has developed throughout the area. There are many known and unknown facts about the Great Barrier Reef that’s been passed down from generation to generation. Let’s dive deeper into these amazing Great Barrier reef facts!

Have you ever wondered how old is the Great Barrier Reef? Actually, the formation of this natural marvel started 250 million years ago and it’s still developing to this day. With more than 2 million visitors every year, the development has faced countless counter effects.

The sea level has not risen throughout this place for the last 6000 years. Since then, ecological evolution has boomed throughout all the bioregions in this place. This pristine aquatic region comes with the most extraordinary and diversity filled marine life.

The area has a collection of some of the most vulnerable and endangered species around the world. Some of these species are directly connected to keeping balance in the reef system.

The most unique thing is, in the northern side of the reef system, deltaic and ribbon reefs have formed. These reef species are so rare that they don’t even grow on other regions around the reef system.

The diversity between the Great Barrier Reef animals is almost unbelievable. More than 30 species of cetaceans are found throughout the reef region. There are hoards of humpback whales and humpback dolphins all around. A large number of the dugong species live throughout the region.

Have you ever wondered how many islands are in the great barrier reef? There are approximately 900 small and large islands throughout the whole region. Each and every island around this place are unique in their own way.

Each island has its own ecosystem with diverse aquatic life. Scattered by the central coastal area of Northern Queensland, the most famous islands are Hamilton Island, Hayman Island and The Whitsundays.

Divided between the Molle and Lindeman group, the Whitsundays consist of some of the most visitor-friendly islands around the reef area. Daydream Island has been at the most favourite list for couples and families.

The islands in the Great Barrier Reef region consists of some of the most iconic and well-preserved eco-parks and animal sanctuaries.

The Great Barrier Reef Marine Park holds the authority over the protection of the animal kingdom in the region. From commercial tours to different activities, this park comes with a wide range of uses.

The park authority is directly responsible for the preservation of the reef system throughout the region. Besides that, the best Great Barrier Reef National Parks include Fitzroy Island National Park, Barron Gorge National Park, Whitsunday Islands National Park and many more.

A geological wonder this big surely has something for everyone. Spanning more than 38,000km square in length, the waters and islands of this marvellous creation have been around for millions of years. Of course, a grand thing like this is full of interesting facts and mysteries. Here are the most interesting facts of the Great Barrier Reef!

The Great Barrier Reef is Alive

Not many of us realize this, but the Great Barrier Reef is literally alive. It’s been alive for millions of years. Though corals look like rigid stone-like materials, they are actually alive.

These corals are born from tiny little creatures named polyps. They have a sac-like exterior with tentacles hanging out of their body. Using the required Calcium and Carbonate from the polyps, corals create their strong outer layer with all the respiratory and outer organs.

The algae living on the upper part of the reef create energy from photosynthesis. This energy is absorbed by the polyps as they deliver it to the corals. This process is so spontaneous that some of the coral population here have been around for millions of years.

They’ve survived through generations of evolution. The whole Great Barrier Reef is interconnected through these corals. It’s as if the whole area has been alive for longer than humanity.

Though coral reefs have a common habitat near shallow water with warm temperature, they stay far away from the shore. A barrier reef is a special type of reef.

These reefs run parallel to the shore but from far away. The reef and the shore are separated through a large-sized lagoon. This separation seems like a barrier and hence the name.

You might think getting around the reef is easy. But the distance between the commercial islands, diving spots and the shore will surprise you. Getting to the closest diving spot from the northern shore takes more than 2 hours in an average. That’s just a little portion of the total area.

This is a natural phenomenon that’s very common in a coastal reef area. But, this phenomenon looks pretty confusing and unnatural. Coral bleaching happens when the polyps change the algae they thrive on. Because of these colourful algae, corals get their distinctive colours. On top of that, the algae provide the necessary materials for the polyps to survive.

Once these polyps expel their algae, they lose their colour immediately. Most of the times, these colourless corals are considered dead. But that’s not always the case. Losing the algae puts a stop to the primary supply of food for the corals. It leaves them with no food and thus creates a difficult situation to survive. Corals can still survive through this condition if the water becomes habitable again.

Can you guess how deep is the great barrier reef? Though the average depth is 35 metres near the inshore area, the reef has a depth of more than 2000 metres on continental slopes. The Burj Khalifa is just 830 Metres.

The reef is so deep that most of it hasn’t yet been explored yet. Just like the million years old corals, some of the marine life here age back to million years too. We’ve all heard of prehistoric squids that could devour an entire ship in an instant.

Corals have a distinct period for spawning. They spawn only once every year. Corals usually spawn during the high tides after a full moon. During this time, all the polyps come out of their corals.

They synchronise as a colony by releasing the genetic matter continuously for a time period. The whole coastal area looks heavenly when the light from the moon reflects the colourful shoreline.

This phenomenon can be seen even from outer space. Visitors choose this time of the year to experience the amazing views of this natural wonder. After the genetic matter spreads spontaneously, a new colony emerges. Even a single polyp can create a whole colony all by itself.

A place so magnificent wasn’t built within a day. It took millions of years of destruction and evolution to reach this phase. There are many factors that control the ecology of this great reef.

Through history, individual reefs and islands have been devastated due to natural calamities and sudden changes in water quality. Adding to that, humans have made it difficult for the reef population to keep their harmony intact.

As I’ve mentioned earlier, coral bleaching can be devastating for an entire reef colony. According to a study conducted, coral bleaching has destroyed almost half of the reefs in 1998 and 2002.

In 2002, the destruction was so severe that half of the colonies around the coastal areas were completely gone within a night. This phenomenon occurs when the algae that feed these corals die. Because of the lack of food, polyps starve for a short amount of time and eventually die. The rising sea temperature is primarily behind the death of these algae.

The Great Barrier Reef is connected to many rivers and channels from each side. These rivers run through villages where crops are grown commercially. The pesticides used in these fields wash off to the nearest river and the water flows towards the reef.

These pesticides are one of the main reasons behind the destruction of corals and marine life. Adding to that, the residual oil from ships create a difficult situation for the fishes.

Being the debate of this century, climate change is posing the greatest threat against the survival of the Great Barrier Reef. Due to climate change, the sea temperature is rising drastically. Plus, irregular weather patterns have added to that.

This is running like a chain reaction, resulting in complete destruction of colonies. Dolphins, humpback whales and many types of small fishes are sometimes found dead on the shore because of the heat.

One of the major reasons behind the Great Barrier Reef dying is uncontrolled tourism. More than 2 million people visit this reef every year and the number is rising each year. Sadly, most of the tourists don’t know how to properly enjoy their time while keeping the ecosystem unharmed.

Due to a huge number of commercial tour organizers and lack of local tour guides, the tourists are destroying the habitat each day. Throwing away residuals in the reef, destroying coral population and disturbing natural habitats of the marine life are common issues now.

Protecting this reef is now the top priority of the Australian Government. Through countless protection measures to funded restoration projects, they have already set their goals to maintain the reefs ecosystem.

Researchers have successfully applied the countermeasure to stop coral bleaching from happening. On top of that, corals are now being grown in laboratories. These corals are being planted at the best-suited places in the reef when they’re ready.

Different non-profit organizations have even started planting new corals to the destroyed reefs. Profit from the tourism industry is being poured to protect and restore the reef to its glory.

If you want to know more about Australias plan to restore the Great Barrier Reef, you can visit: https://www.environment.gov.au/marine/gbr

Compare & Book Your Trip to Save Today Why You Should Work With a Nutritionist 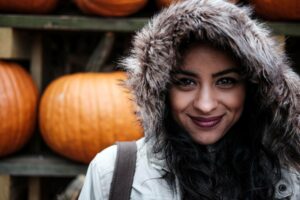 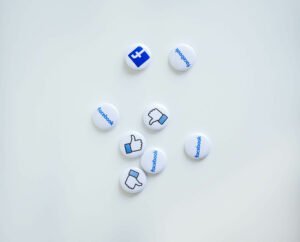 How to Use Facebook Ads to Grow Your Business